Eve is a fourth-year veterinary medical student at St. Georges University, located on the island of Grenada in the Caribbean. She is finishing her clinical year at the University of Georgia and will graduate in 2022. Eve is a New York City native and grew up in the Bronx. She said she knew from a young age that she wanted to work with animals, and her mother suggested she consider becoming a veterinarian.

“For a long time, I wanted to get into zoo medicine, because was like, ‘I want to play with tigers!'” Eve joked. “But, you grow up and realize that isn’t very practical. That can possibly kill you.” She said she started looking at smaller exotic animals and pets instead of lions and tigers and bears.

Eve received her Bachelors in Biology from Iona College in New Rochelle, New York. After graduating, she took a gap year and worked at a local animal clinic to gain more hands-on experience. She started as a receptionist before becoming a veterinary assistant.

She also volunteered with a Humane Society in New Rochelle and worked with a rescue called Best Friends Animal Society during her time at the animal clinic. She said the rescue brought in all sorts of cases in the clinic, such as vaccines, assessing behaviors, surgeries, spay and neuters, ear infections, and everything in between.

“Whatever the animals needed, we took care of them,” Eve said.

She also completed an externship in South Africa that focused on anesthetizing. One case she saw involved anesthetizing two tigers so they could be moved to a different enclosure at a zoo, as well as addressing a foot wound on one of the tigers. Another case Eve participated in involved vaccinating a herd of sables (a kind of antelope) and separating the males from the females.

She heard about the externship at Lone Mountain after doing a search on the American Veterinary Medical Association’s website for externships that also catered to exotics. With her externship at Lone Mountain, Eve said she’s excited to gain more experience with exotics and to learn how to handle them comfortably. She’s also excited to work in a general, small animal practice because of the variety of cases the staff sees on a daily basis.

In her spare time, Eve enjoys watching Netflix and exploring new areas of whatever place she’s visiting. She has a 13-year-old Boxer named Daisy.

Welcome to the team, Eve! 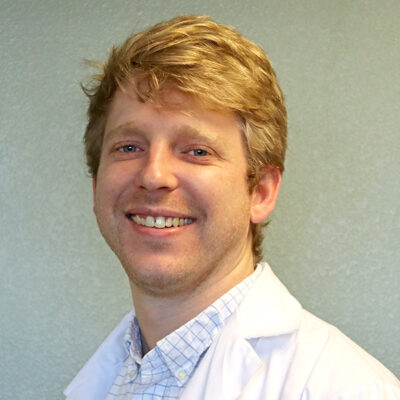